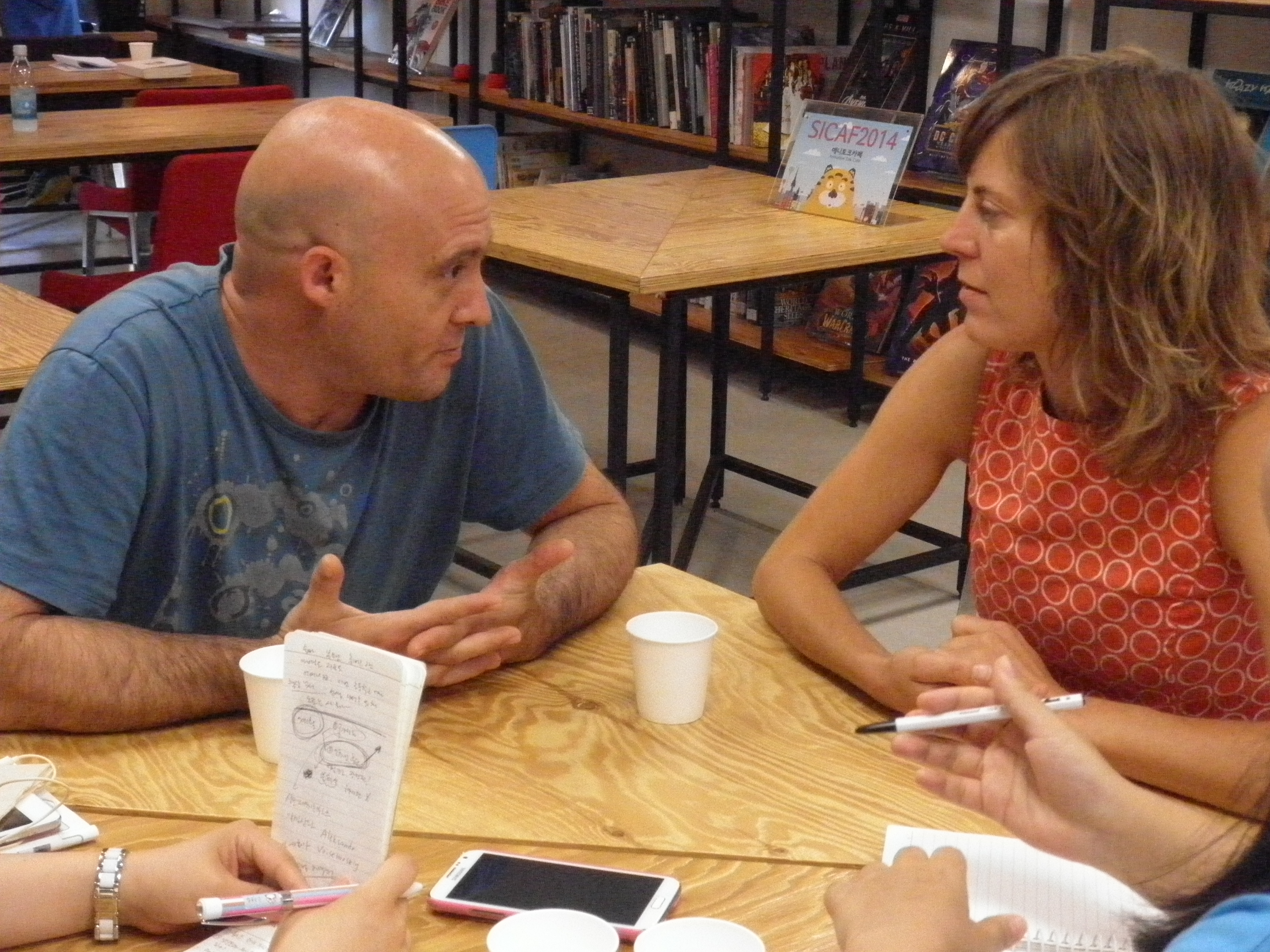 Image, shadow, sound all combined together to complete a film. But, it’s not the kinda film that has a projector rolling. Everything happens instantly on stage like a play. Various imagery and sound crash on the stage to depict the world we live in. We meet with Zoomwooz who introduces us to an unfamiliar style of ‘Live Cinema Performance’.

※ How was today’s performance.

※ We heard there were time for questions. Has there been a memorable question?

– We get various questions. Since it was such an unique experience, there were inquisitive questions about our work. This performance isn’t a movie, dance or even a play. We even got asked “Is there a hope in this world” from one of the audience. Perhaps, our performance was a little dark.

※ What was your answer to the question?

– My answer was ‘There was hope’. With all the horrible things happening in the world, the fact that we are alive proves hope exists.

※ What kind of group is Zoomwooz?

– We perform live cinema. It’s hard to put into a category. We combine video screen, illustration, image stimulus, and sound in to one performance. Not only combining various material and techniques, but Will’s movement also takes the role of a elaborate choreograph. Audience can see and enjoy how we create the movie on the set and the result.

※ What is the meaning behind ZOOMWOOZ?

– ZOOM refers to the camera’s increasing zoom. If you turn zoom over it becomes WOOZ. It also can be defined as zooming in and turning the individuals, and society over.

※ Then what is ‘live cinema performance’?

– The name live cinema begins with the films from silent film era. The live we are talking about refers to how the work is done in front of the audiences.

※ We wonder how you planned this performance in the first place. We heard you got your idea at a bar?

– We met and knew each other at a film festival at first. As work, we were traveling through a variety of festivals around Europe. One day, we had an idea about this stage performance, and we thought why not? so we created it together.

※ How long did it take for the actual performance from your first idea?

– (Sighs) It took a very loo~ong time. We started the idea from scratch and created pictures, videos, and texts for the ideas came about, and it grew from there. The performance we showe at SICAF at least took 8 month to prepare. A lot has changed since the first work. The performance changes everytime we are on stage. There are also different image added and modified according to the performance location.

※ Then, what has changed in Korean performance specifically?

– We added scenes about Sewol incident in Korea. It was a global news and we learned through Korean friends to learn about how big of a incident it was. The variety of commemoration at city hall left us a big impression.

(Confirm at the performance on how Sewol incident was unfolded)

※ We see bits of Korean imagery. We even saw food brand Ottogi.

– It was something we saw often at a convenience mart or a road. Pororo was included under the same reason.

(It is interesting how we could see Korean words in the performance.)

※ The style involves image arranged and collided to create some kind of meaning. How are these images collected? Is there a cultural background to specific area?

– It isn’t based in any specific area’s culture. We are inspired by truly everywhere. Everything we see and hear internet, friends, and news are our sources. We use voices that have political or historical meanings in the performance. For example, there is a Orson Welles’s radio drama. It was story about aliens invading Earth, but people who listened to the radio thought the radio drama was happening for real, and fell in panic. The important thing about this incident’s story is that new media can manipulate information and thoughts.

※ Zoomwooz’s performance does not have story. It is a style where technology and images fuse and collide. What do you want show us through this?

– Life isn’t direct. The actions we do now can not be defined. There are events that can only be understood several years later. A lot of changes happening simultaneously and coexisting with such is how we live. Through pieces of event and information, the audiences can combine them to interpret a new perspective for themselves.

(Karla Kracht) Andres has a lot of experience at stage management. He knows the directions to get close to the audiences. We use imageries, symobls that are immediately recognizable to ensure audiences can understand without difficulty. We hope our performance was not too hard on our audiences.

※ We understand that when you travel to perform, you only carry two luggages under 23kgs. Did you carry two bags for this performance as well?

– Yes. (Laugh) (Showing photo taken at airport) The luggage packed for this trip, weighted exactly 23kgs at the airport as well. It includes personal luggage so during winter when the clothes get heavier, it is a bit more difficult. (Laugh)

– Recently, we’ve been performing at Bolivia and Korea, but we don’t want to spend too much fees on long trips. We want to to perform at various locations. We don’t want to hear ”Geez~ your ideas are good, but it’s costly.’

※ Is there no possibility that bags might increase or get heavier? (Laugh)

– We plan to stay and work in Korea for 3 more month. We’ll see have to see if our bags would increase. (Laugh)

※ Why did you decide to stay longer in Korea?

– To us, Korea is interesting, and we like it here. People are friendly and food is good. We also have interest in artistic side. It’s fascinating how tradition and contemporary art coexist. When the film festival ends we are thinking about moving to Tongin-dong.

※ How are you enjoying SICAF?

– We are watch a lot of interesting animations. We watched Brazilian feature film <Boy and the world>. It was a political yet poetic work and it was particularly interesting since it had similar themes to our work. We have huge interest in animation. We are joyful that we had an opportunity to see such number of animations from around the world.

※ A word for audiences who have yet not seen Zoomwooz performance.

– Karla Kracht: Even if you see photos of our performance and read plenty of explanations about it, if you don’t see it for yourself you won’t know what it is. I hope you come and feel it for yourself. 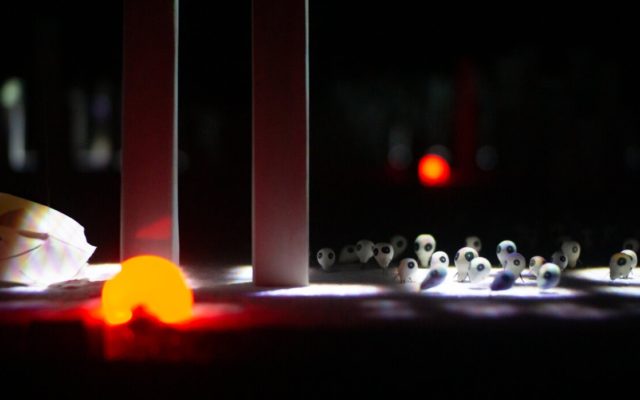