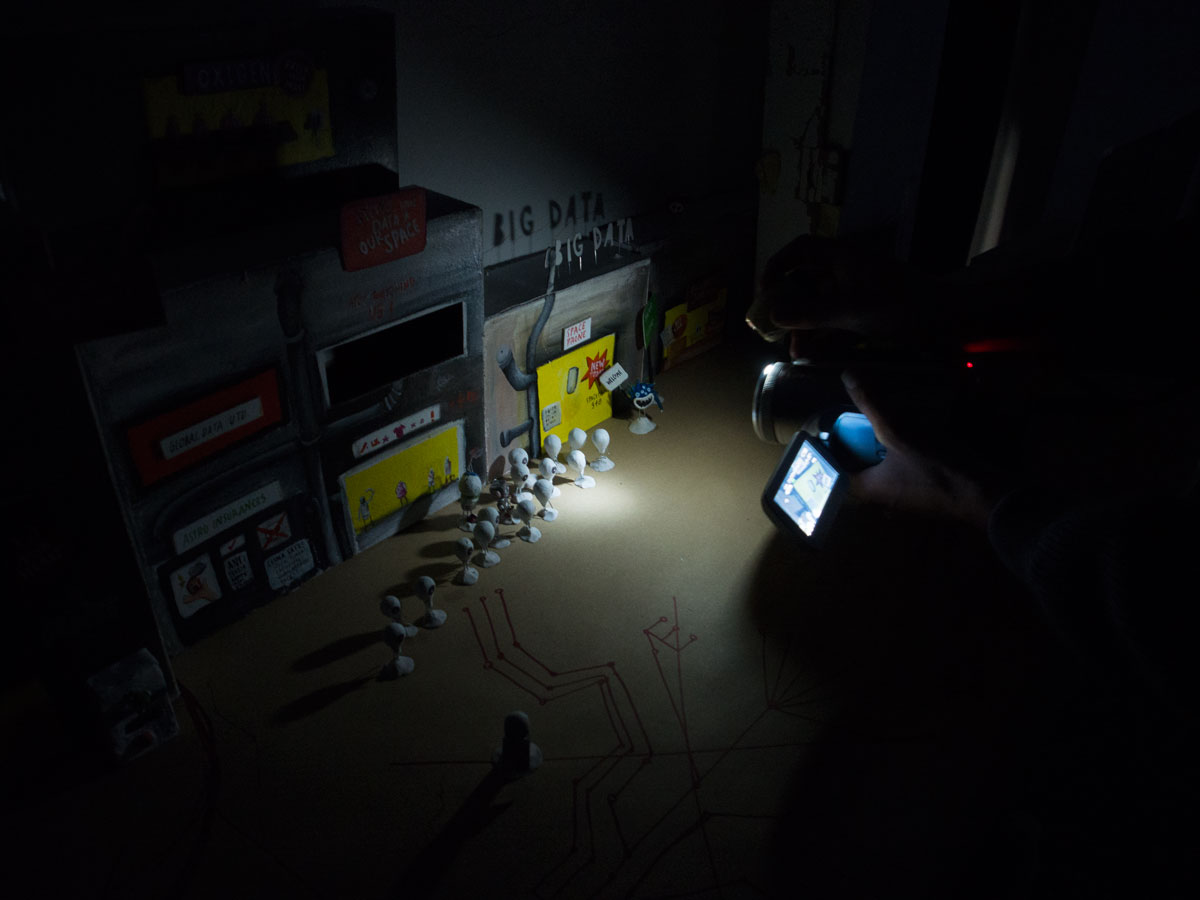 “A multimedia comic book, that disposes on the stage miniaturised structures, presented to the audience through live filming, projected on a screen at the end of the stage.

The digital cameras are operated by the two artists, and to the projections are added, also in real time, computer animation effects created by specific softwares. Such dynamics selects and re-organises the whole concept of time within the show, which adds to the simultaneous display of the material onstage the linear portray of the animations, angle shifts and blending techniques shown on the screen.
The show scores a goal when choses to perform a fine combination of technologic and aesthetic resources along with a discussion made from the protray of a distopy, like a blend of the desolate future Sci-Fi literature branch with some gloom outcomes of an orwellian fantasy.
The thoughtful and sensible combination that 2062 operates between theme and means offers some interesting light over how sensibility and critic behaviour are the very tools that give expressive power for the use of modern technologies on stage.”