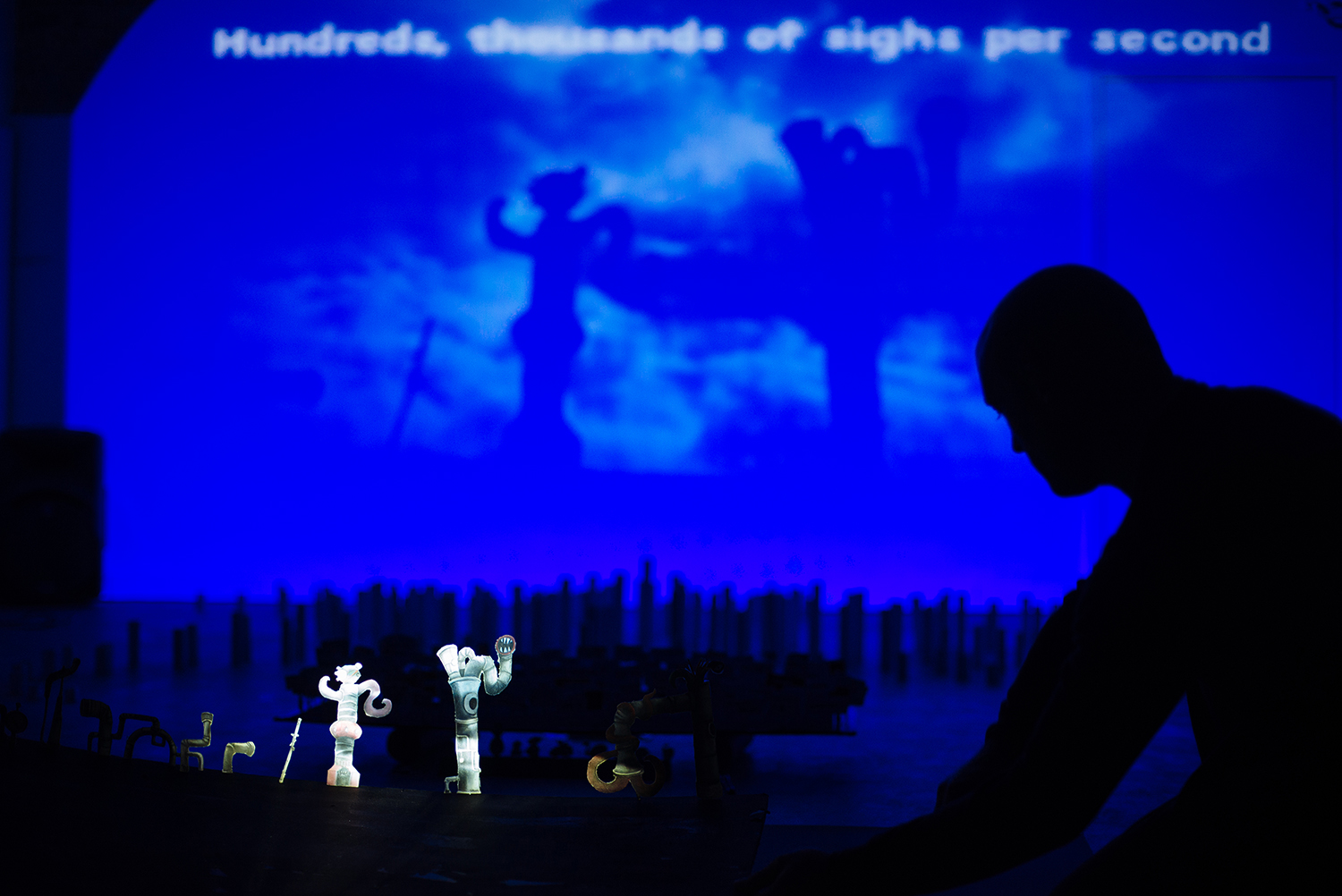 ZOOMWOOZ do it very well

ZOOMWOOZ do it very well.
With very poor (cheap) material – painted cardboard, torches, video cameras and a computer, zoomwooz manages to realise a performance that catches the spectator from the very first moment. The intelligent use of light (the light of torches!) takes us from one image to another. The “things” do not occur in front of the camera, as they usually do, but the camera travels along them, explores and shows these things. The sound is continuous, full of cuts and effects – with some remnants of music, but also understood as sound- that submerges us even more into what we are seeing. And, what we are seeing is a screen where “images” and “things” are projected, “movements”, “lights and shadows”, which the two performers produce directly in front of our noses. And all the space in which we are is part of the expanded cinema, that realises with intelligence the duo zoomwooz.

In the text of the presentation they talk about “showing an individual position within a systematic, continuously changing ensemble, a system we call society”. This is true. From tower blocks to the post office, from the illuminated billboards and flashlights of the bars, to the dark basements of nightmares; from the social response on consumerism… this and much more can be found in the work of zoomwooz. A work that is also a “systematic, continuously changing ensemble”, which some would call expanded cinema, others video-performance or videoart. It doesn’t matter how to call or label it. The performance is intelligent, well realised and it’s well worth watching it. But you have to see it live, because the video you can see in vimeo – and whichever video they upload to the internet- doesn’t even tell half of the spectacle of zoomwooz.